Shock Collars All Hurt Your Dog! Don’t Let Your Trainer Convince You Otherwise 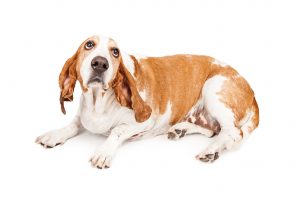 No matter how out of control your dog is, using a shock collar, commonly referred to as an e-collar (e stands for electronic), to subdue and teach him manners is just cruel. He’s your best friend, your companion who protects you, cares for you, and waits for you anxiously when you are at work so, why would you do something so deplorable to him.

Dog trainers believe that, if used carefully, a shock collar can teach your dog good behavior.

To understand why this device is not good for your dog, let’s take a look a look at how it works:

What Is a Shock Collar?

A shock collar emits an electrical current that passes through the collar’s metal points, touching the dog. The range of this electric signal ranged from a tickling feeling to a sharp and painful shock. Dog trainers refer to it as a “training device” that keeps dogs in check.

Imagine getting an overly active dog. He has been in the shelter since he was a puppy. Somewhere along the way, he developed an aggressive behavior. Wanting to give him a chance, you decide to adopt him. You hire a dog trainer, and the first thing they say is put a shock collar on him. They give you enough reasons and convince you that your dog will benefit from it. After some time, you start to see the changes in your dog. He’s more subdued and obeys your commands.

Soon, we will reveal the bad, the ugly, and the worst. Your dog won’t have the enthusiasm or energy you see in other dogs. The dog-like behavior that makes him a lovable canine will not be visible on the outside.

Because your dog is afraid that if he does something out of the ordinary that you don’t like, he will be shocked.

How a Shock Collar Affects Your Dog

According to a study published in the PLOS ONE Journal, shock collars lead to stressful behavior in dogs. Several dogs were divided into 3 groups ― dogs in the first group were wearing shock collars for training, and the other two groups’ dogs were trained using reinforcement-based methods.

The urine and saliva samples results revealed that compared to the second and third groups, dogs in the first group were more stressed. Videos of the training showed that shock collar dogs exhibited disengagement behavior with yawning and tense body language.

Shock collars have only one purpose ― to inflict pain. Where this device over-corrects your dog’s behavior and makes him behave less like a dog, a force-free dog training technique teaches him good behavior in a gentle manner that leaves a happy, lasting impression.

Just like reprimanding a kid with harsh punishment is considered child abuse, using a shock collar to subdue your dog is seen as cruelty. Don’t be shocked if someone call’s ASPCA on you.

For force-free dog training in Miami, visit the website Dances with Dogs. They provide both in-person and online dog training. To know more about their services or to schedule an appointment, call on 786-299-1552.