What is Ehrlichiosis and How Can It Affect My Dog?

Here in South Florida, we enjoy warm weather year-round. We have the luxury of taking our dogs out with us to enjoy the Florida sunshine throughout the year. Ticks love warm weather too. The tick-borne disease, Ehrlichiosis, is found in dogs more frequently than you might think. In fact, there are some veterinarians who think their canine patients should be checked yearly for the disease just like they are checked for heartworm.

What is Ehrlichiosis in Dogs? 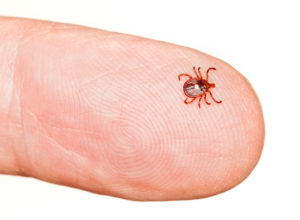 How Can My Dog Get Ehrlichiosis?

What Are the Symptoms of Ehrlichiosis In Dogs?

Dogs infected with Ehrlichiosis may show symptoms such as swollen lymph nodes, fever, weight loss, lethargy, lack of appetite, diarrhea, vomiting, lameness, chronic eye inflammation, fever, respiratory distress and bleeding conditions, depending on the type. Occasionally there are signs of neurological disorders. When dogs are exhibiting these symptoms, they are at the chronic stage, having had the infection for some time. 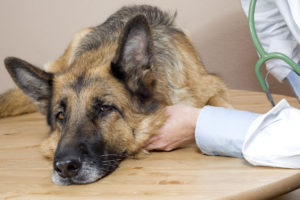 There are several symptoms your dog may exhibit if infected with Ehrlichiosis.

How Can I Prevent Ehrlichiosis In My Dog?

There is no vaccine for the prevention of Ehrlichiosis, so the best way to prevent the disease is to protect your dog from tick bites. Talk to your veterinarian about the best tick prevention for your dog.

What Happens If My Dog Is Diagnosed?

The most common treatment is the antibiotic doxycycline.

If your dog is experiencing a bleeding disorder, a blood transfusion may be necessary.

Once your dog receives treatment the prognosis for a complete recovery is good and you should see improvements within the first day or two.

Yes, but only from a tick bite. You cannot get it from your dog as the disease is only transmitted through tick bites.

Ehrlichiosis is a very serious disease and it is wise to check your dog regularly for ticks. Please make sure you know the correct method for removing ticks as doing this incorrectly can cause the tick head to break off and cause infection or cause the tick to excrete more saliva increasing your dog’s chances of becoming ill.